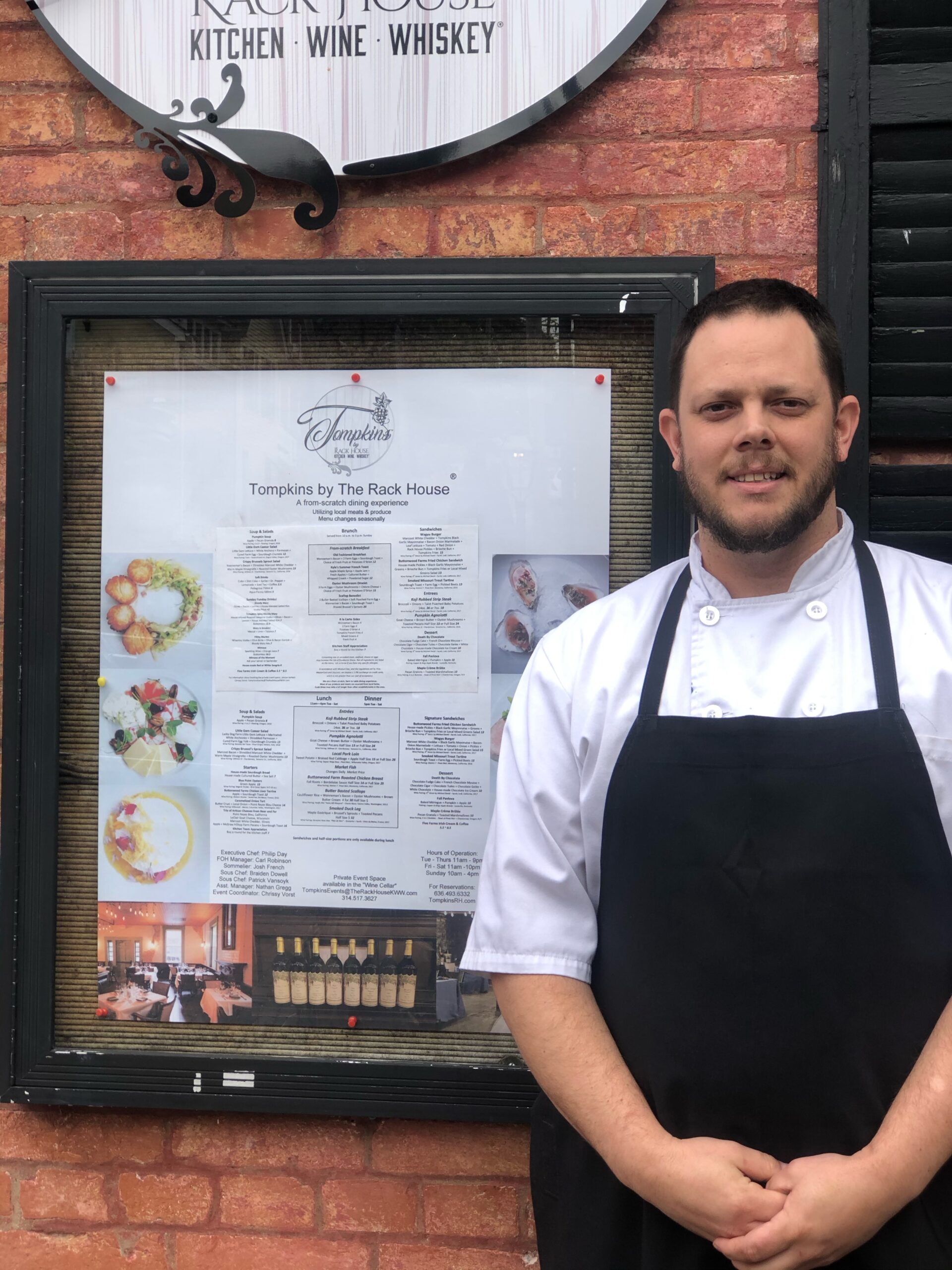 Executive Chef Philip, having a brilliant mind for all things culinary and many years of experience prior to Rack House has led to the unique, delectable food we serve at both of our locations. In collaboration with our other very talented Chefs, Chef Phil decides what is on the menu. He has been with us for almost 5 years and continues to win the hearts of many with a great dish. Phil was welcomed into the Rack House family after working as an Executive Chef with Cafe Solae and Lake Forest Country Club before that. With more than 20 years of culinary experience, Chef Philip Day is one of the very gifted minds behind the amazing food we have all come to love and appreciate from the Rack House and Tompkins. 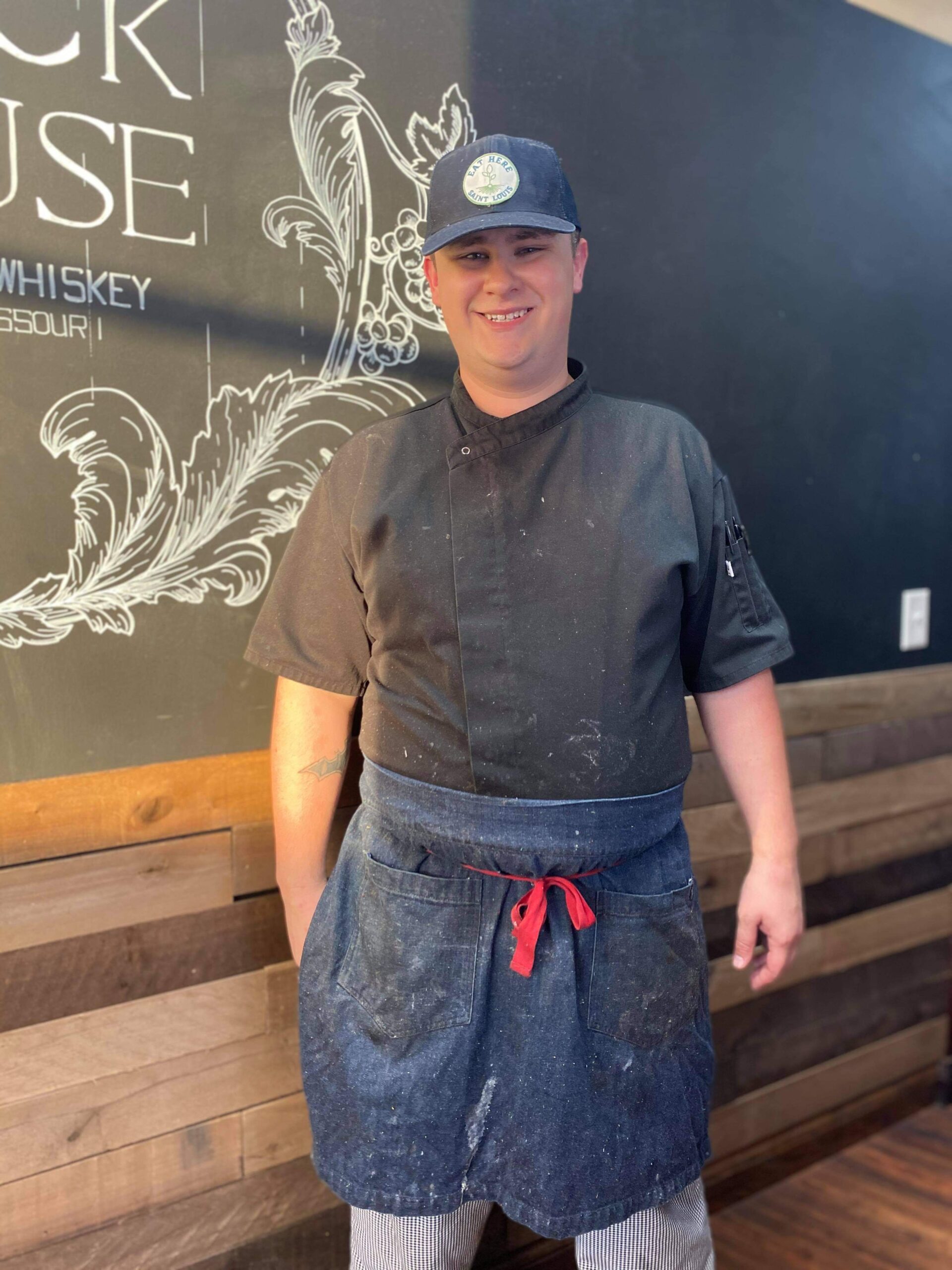 Chef de Cuisine Clayton has a love and passion for making great enjoyable food. Chef Clayton with over 10 years of cooking experience has been with us for almost 3 years and enjoys sharing his excitement and appreciation for a fantastic dish with all that walk through The Rack House doors. Clayton started his journey in 2008 at Andre's Banquet Hall where he worked as a busser until he realized his calling was actually in the delicious world of culinary arts. Looking to grow he enrolled in the Culinary program at St Louis Community College where he fed his hunger for more knowledge. He joined the Rack House family with many years of experience to come to fruition under the tutelage of Executive Chef Philip Day. 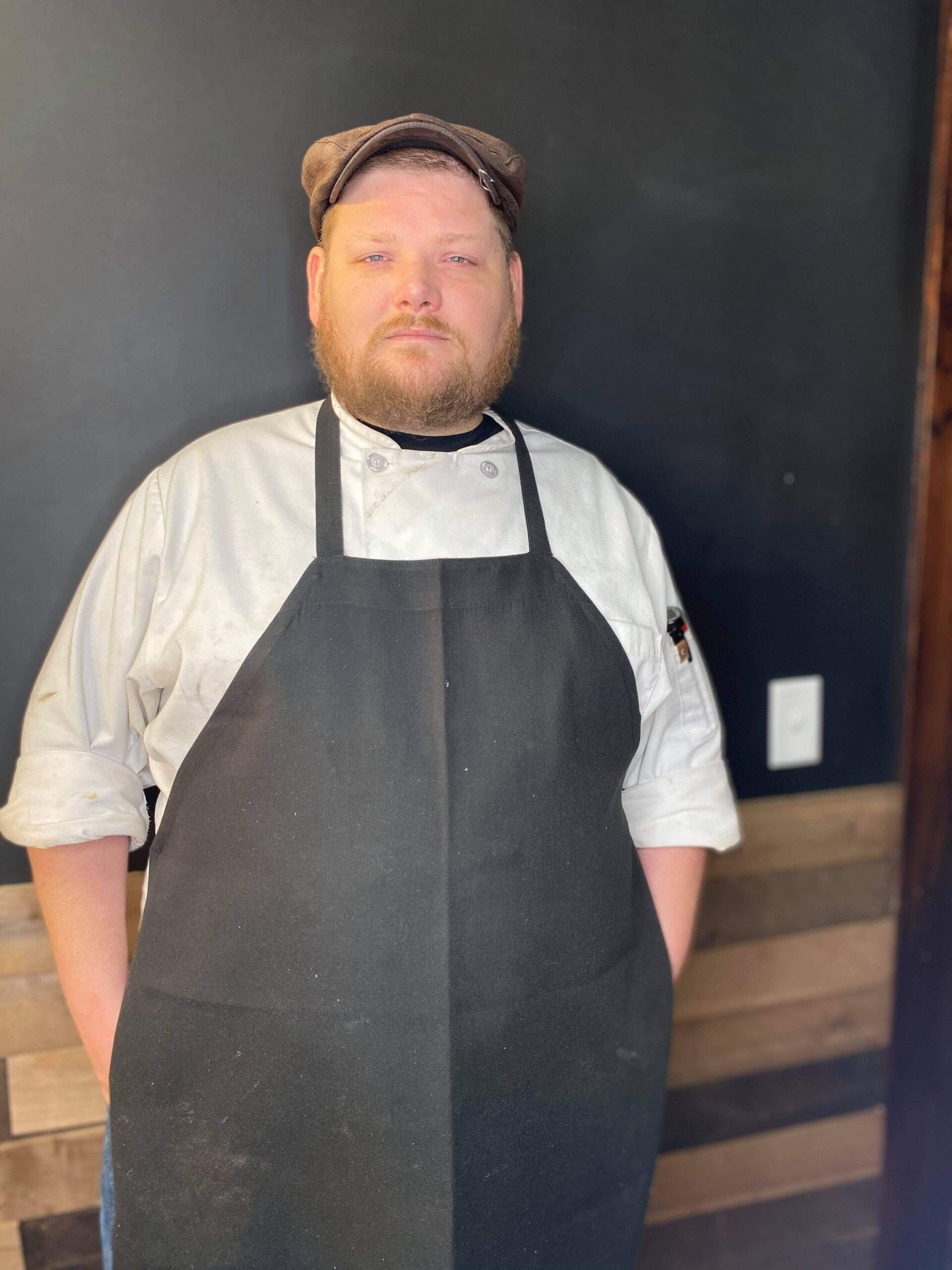 Chef Matt Hulme is another treasured member of our gifted team of Chefs, he brings 20 years of restaurant experience and a specialty for great jellies and jams. Matt has been part of the Rack House Family for 5 years and holds a special place working hard in the kitchen and collaborating with chefs Phil and Clayton to create our new seasonal menu dishes. Previous to Rack House Chef Matt worked for The Heart and The Columns’ of St Charles helping prepare and cook for large parties and banquets. Using past experience he continues to help with banquets to create a great dish for everyone to enjoy. Everything he knows about making an amazing dish is from hands on experience, hard work and studying under Executive Chef Phil. 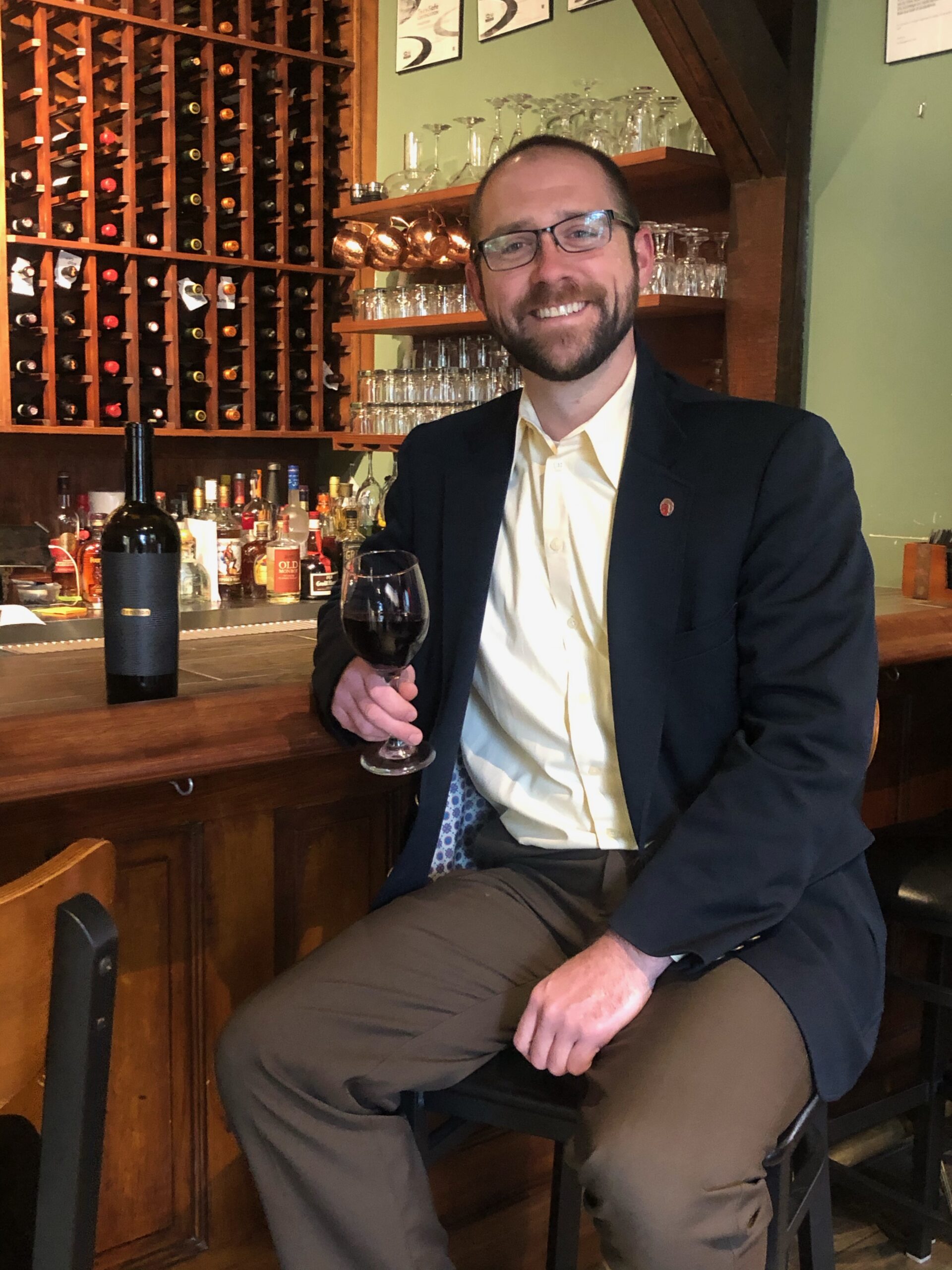 Beverage and Hospitality Director/Sommelier Joshua French worked his way through many restaurants starting at Massas's as a busser. Making his way through the restaurant ranks finishing his 9 year stint as a server and bartender. Josh left the family owned operation with sights on Clayton and The Ritz Carlton where he again worked his way through the hotel and their food and beverage program. While at the Ritz, he spent most of his time in the Lobby Lounge with both local guests, and those only in for a night or two, and make either experience memorable. Wanting to get back to the family owned aspect or restaurants and the close knit atmosphere, Josh jumped down the street from the Ritz and joined Oceano Bistro. Josh quickly found his footing as a server. Shortly after joining the team he started his transition towards management by making a stop as Trainer Manager while serving. After Trainer Manager Josh moved on to be the Service Manager, ultimately becoming General Manager. At each stop Josh gained more and more knowledge of the products he worked with, but wanted to continue to expand his knowledge. Josh joined The Rack House shortly after opening and continues to look forward to building lasting relationships in an established, yet up and coming area here. With his passion for whisky, admittedly mostly bourbon, he looks to help everyone from the novice to the veteran select the right drink for the night. Having the extensive knowledge of Whiskeys, Wines, and Cocktails Josh enjoys finding the perfect pairing for your dish or finding you that new favorite drink to sip on. With many years of preparation for his test Josh has earned the title of Sommelier and loves to share his knowledge about the vast variety of drinks we have to offer. 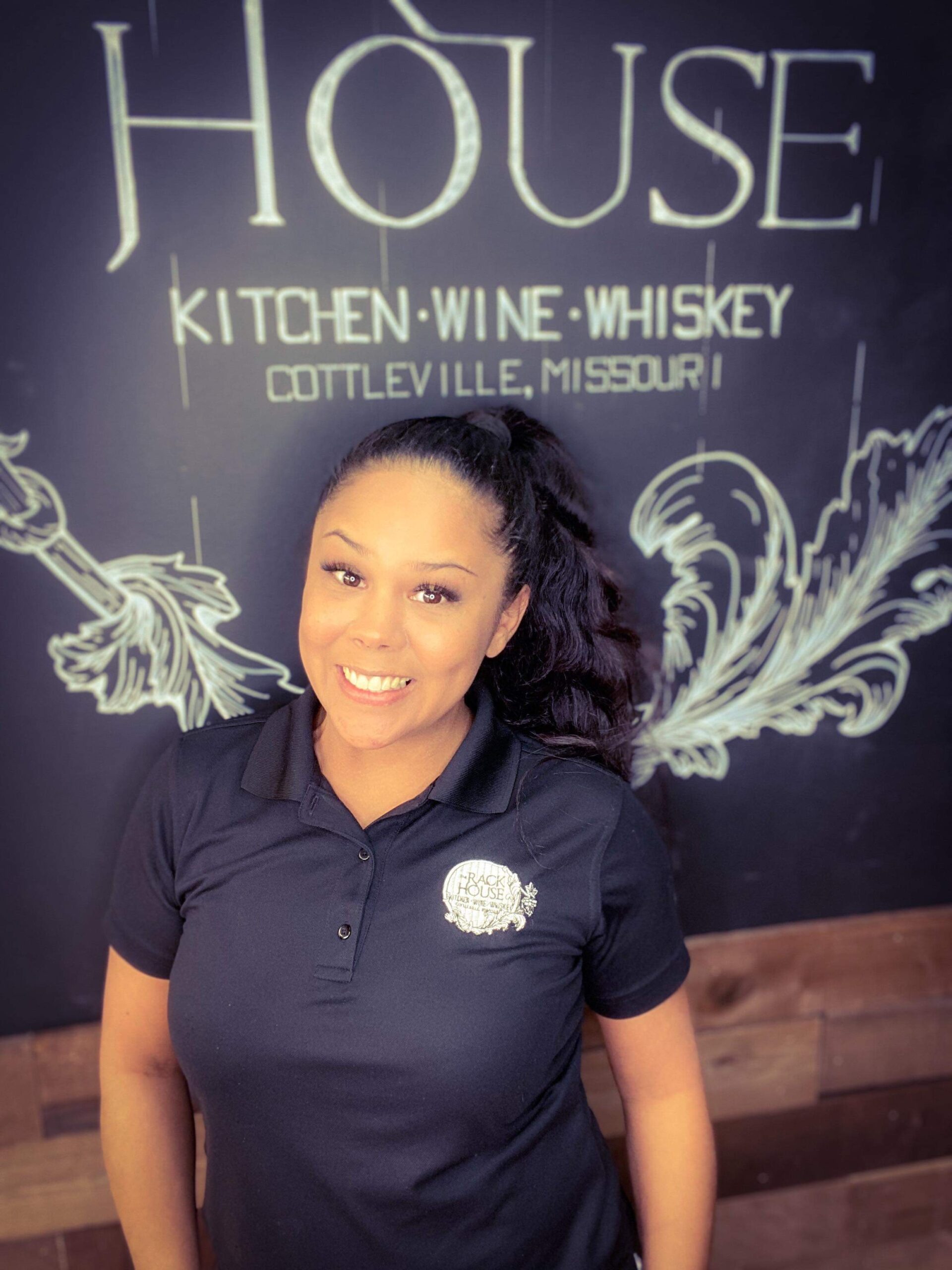 Another great addition to the Rack House family Front of House Manager, Sasha Cook brings years of experience in Fine Dining, alcohol knowledge and customer service. Sasha believes in nothing but the best service for our guests and is always looking for ways to continue improving on the great service we love to offer. Before joining the Rack House Sasha worked for Ruth's Chris Steak House for 5 years taking on many different roles including event coordinator, pastry chef and fine dining server. Over the course of her fine dining experience she expanded her knowledge and honed her skills pertaining to wine and fine dining etiquette. Sasha has been a great addition to our family, a warm welcoming character who enjoys offering a great meal with great service with nothing less than a smile.

Event Coordinator Chrissy is now going on 2 years as a part of our family and never misses a chance to go above and beyond for any of our guests. Chrissy may be an Event Coordinator but she's a master of many trades and they do not stop at planning an astounding well thought out event for you and your guests. Chrissy has 25 years of restaurant experience under her belt including cooking, bartending and management. Having obtained knowledge of Whiskeys, Wines and Bourbons during her time with other restaurants, Chrissy appreciates her time working with us so she can create an above and beyond memorable experience. Behind the bar she creates a pleasurable and unforgettable experience.