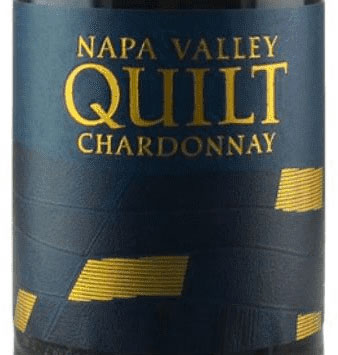 Quilt is Joe Wagner’s tribute to the character of Napa Valley and its rolling patchwork of vineyards. Each wine in the collection is crafted from vineyards hand-selected by Joe, a native of Napa Valley and fifth-generation winemaker. At 19 he started working alongside his father at Caymus Vineyards. Then, in 2001, created Belle Glos, with a focus on vineyard-designated Pinot Noirs from California’s best coastal regions. His love for Napa wine and the singular fusion of natural elements, history, and spirit found in the Napa Valley are the foundation for Quilt.

For the Chardonnay, they rely almost entirely on vineyards from the Carneros District where the climate is distinctly cooler and foggier than ‘up valley’. Carneros is a world unto itself. Much of its soil is dense clay due to the region’s proximity to San Pablo Bay. This soil, combined with the marine influence of cool winds, brings about Chardonnay fruit with impressive structure and a flinty minerality.

Once the grapes were picked in late fall, they underwent whole-cluster pressing in a bladder press. The free run juice settled for 48 hours at which point it was racked off heavy lees and barrel-fermented the wine in 59-gallon French oak barrels (70% new, 30% seasoned) for 15 months. The wine underwent 100% malolactic fermentation while still on the lees to achieve additional creaminess and complexity.

This pale yellow wine smells or crisp yellow pear, fuji apple, Meyer lemon, and honey. The lemon comes through on the palate as well with the addition of nectarine along with tropical fruit. It is a bright and complex medium plus bodied wine with enough acidity to give it a lively finish.